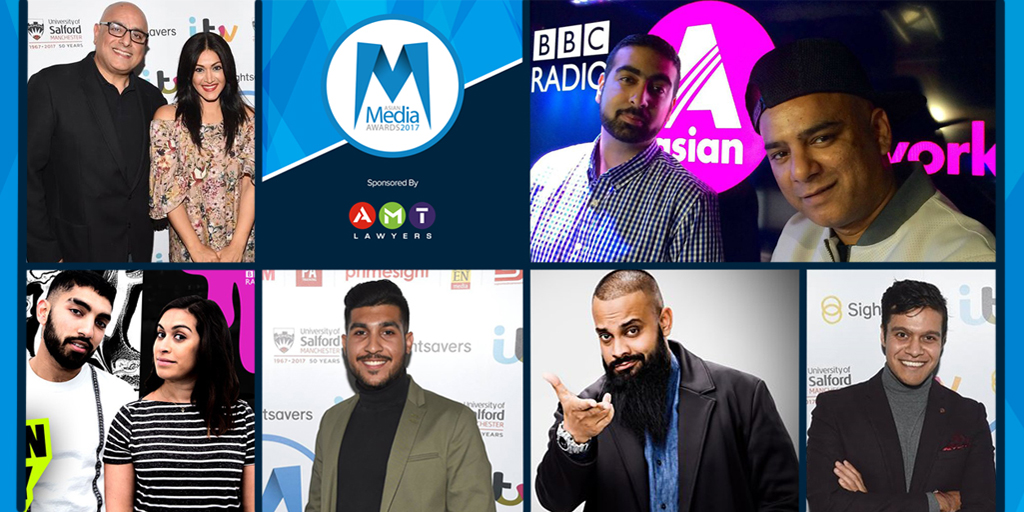 The 2017 Best Radio Show shortlist includes up and coming talent. This category is supported by AMT Lawyers.

The eponymous Breakfast Show presented by Raj Ghai and Sonia Dutta is Sunrise Radio’s flagship breakfast show. The show launched in January 2016 and over the past 18 months has grown steadily to capture audiences not only in the station’s heartland of London, but also nationally through its DAB service. Raj and Sonia embark on daily challenges and enigmatic discussions during their show appealing to audiences from across generations.

Haashim Siddique embarked on his career in radio at the tender age of 12 with his own weekly programme. At the age of 17 he went onto present the Drivetime Show. Having recently graduated in Broadcast Journalism and Politics, Haashim continues to develop his passion for the radio by researching and producing his own content. The show is a very fast paced programme and is a true representation of the British Asian culture from the music selection, features and content. ‘Drivetime’ includes live interviews, competitions, polls and a live DJ set for listener interactivity. The show boasts up to 100k listeners across FM, online and mobile.

Shivi Hotwani has presented the popular Weekend Breakfast Show on Lyca Radio since 2015. Actor and performer, Shivi entertains audiences on his show with his light-hearted and entertaining show every Saturday and Sunday morning. Shivi is a champion of promoting new talent, particularly British and homegrown, providing a platform for new artists wherever possible. Shivi also attends outside broadcast events on behalf of Lyca Radio, including the Shiamak London Summer Funk Show 2017 and hosting the Milton Keynes Mela.

Combining music, chat and cheeky games, Mawaan and Emily bring shows with a lively, light-hearted and humorous tone. Emily Lloyd-Saini is a Nottingham born stand-up comedian, writer and actress, based in London. Mawaan Rizwan is an actor, writer and comedian who shot to fame with the success of his YouTube channel. Their show includes stories from their weeks in the acting world, acting out amusing ad hoc scenarios as well as interviewing hilarious Asian guests on the comedy scene.

Panjabi Hit Squad host their inimitable weekly Saturday night radio show. Veterans in the radio industry, Rav and Dee celebrated their 15 year anniversary of their very first show back on BBC Radio 1Xtra. The show entails high energy, upbeat content with popular tunes and party classics. The pair’s unique chemistry creates a warm on air ambience. Each show carries a unifying theme giving each week’s program an identity of its own. These have been based on a variety of topics including seasonal events like Christmas, Summer Festivals and Diwali celebrations as well as fashion, comedy and of course music.

Actor, writer and stand-up comedian Guz Khan began his show on the BBC Asian Network in December 2015. Formerly a secondary school teacher from Coventry, Guz garnered fame after the popularity of his YouTube clips. Guz gave up his teaching job after his Jurassic World video went viral. His show includes humorous banter, answering the most awkward of questions from his youngest listeners in Toddler Talks and challenging his team to a game of Battle Track. In under two years, Guz has made move from online star to radio presenter effortless and his new four part series ‘Man Like Mobeen’ has been commissioned by BBC Three.

The University of Salford are premier sponsors and partners to the event include ITV, MediaCom, M.E.N, Press Association Training & Primesight.

The official Charity Partners for 2017 are Sightsavers.